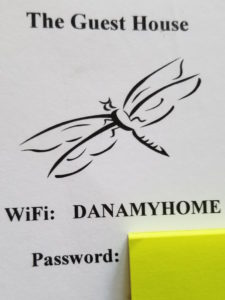 Rick Warren, pastor of Saddleback Church, greatly offended me in the first sentence of his book The Purpose Driven Life: “It’s not about you.” Uh, excuse me, but yes it is, Sir. I don’t care how famous someone is, they can’t just up and tell you what’s what when apparently they haven’t a clue. Because you see, in my world, it really is all about me.  Just ask anyone.

I guess it’s connected to my controlling personality (that I am trying really hard to overcome). Even when I try and make it about someone else, it rolls back around to me. Innocent dinner plans with my friend, Linda, usually wind up like this:

“Where do you wanna go for dinner tonight?” I ask politely.

“OK, how about Applebee’s.”

“No, I just ate there on Tuesday.”

“No, they have Pepsi instead of Coke.”

“That’s right.  Then how about Red Robin? They have Coke.”

“But they have other…”

“I’m not in the mood for Italian.”

“Then McMenamins it is.”

When you’re single it is ever so very easy to get caught up in your own stuff because there is no one else’s stuff around to clutter your brain. For the past few years I’ve lived with my mother and sister so I’m becoming more aware of how I’ve spent the greater part of my life rather carefree and self-centered. I’m less 100% focused on me now. I’m probably 60-40. No, probably 70-30. (80-20?)

Last summer I stayed in an Airbnb in Anacortes, Washington (so beautiful). One of the first things I noticed when I entered my adorable cottage was the Wifi network printed on a card: danamyhome.  How nice of them to make the Wifi network for my stay as Dana My Home. I thought it must be a lot of trouble to do that for each guest. Then I wondered if they just did it for me. Either way I was impressed with their “above and beyond” kind of guest-pleasing attitude.

Later in the week, my friend, Stacy, joined me for a few days. I showed her the Wifi network and she was just as impressed as I was in that attention to detail.  One afternoon my Airbnb host, Amy, came by to say hi.

“Hey, how difficult is it to change the Wifi network each time to fit your guests?” Stacy asked.

“Oh, we don’t change it each time.  We just leave it Dan and Amy home.”

“Wait, what?” I asked.  Then I turned and looked at the card again. I laughed so hard I could hardly tell Amy what I had thought.

Stacy and I couldn’t stop laughing at how I thought it was all for me. She is a dear friend but also has a Masters in counseling so I get sessions for free all the time. She assured me that it wasn’t a sign of narcissism. It was just since my name is Dana my brain focused on that spelling instead of separating it into Dan and Amy. But we still got a good chuckle out of it.

So whether it’s in my home or Dan and Amy’s, I am thankful for the people God has placed in my life who are patient with me along my journey to becoming a little less “all about me.” Even Rick Warren.

Question:  What did you see when you first looked at the Wifi picture?

I
love music from the Baroque era, 1600-1750. Especially anything composed by Bach.  Good old Johann Sebastian.  He’s the Man!!!

I
have many memories of this particular concerto.
My sisters and I made up dances to it when we were young.  I’m not sure why we even had a recording of it,
but we did.  It’s not that my family was
all that cultured. Lawrence Welk and Hee
Haw were about as fancy as we got.  Maybe
my piano teacher gave me the record, I don’t know.  Anyway, the little gray house on Fisk Street
in Pullman, Washington had its walls rattled as we pranced around.  It was a combination of moves from the 1600’s
with a little do-si-do square dance thrown in for fun.  I can still picture us dancing in our
pajamas.  We’d be all serious with, what
we thought were, the official dance moves from the era, and then giggle as we’d
swing our partner at the end of a phrase.
Years
later while in college, my fellow music major friends and I would play it and take
turns directing the pretend ensembles in our dorm rooms.  Ah, music nerds.
If
find it interesting, and quite telling about me, that I love Baroque music so
much.  Dynamically, there are no
crescendos or swells.  It pretty much
goes from loud to soft quite instantly (mostly due to the abilities of the
instruments at the time).  Like with me,
I’m strolling along during my day just fine at a quiet(ish) level, when boom,
something happens and I either burst out with a huge laugh or voice and my volume
goes from pianissimo to forte just like that.
No warning.  Just, “Here I am!”
And
once the piece begins, it rhythmically keeps driving to the end.  That’s me.
It’s, “Let’s get ‘er done time folks.”
That’s why Baroque music is my music of choice when cleaning the
house.  Boom, boom, sweep, dust, scrub
and look at that, we’re done!
This
is not the piece you want to listen to when you’re tired and need a nap.  This is “go time” music.  So the next time you’ve fallen behind on a
project, need to organize your thoughts, or just wanna get your groove on, take
a listen to something Baroque.
Preferably this piece by my man Bach.

My lovely friend
Tina and I try to attend the Oregon Bach Festival every year.  This year’s dates are June 26-July 13.  We even get a T-Shirt like true Bach groupies.
Question:  What is your favorite era of music?

I
had coffee with friend and fellow blogger, Wendy, last Saturday morning.  Here is a link to her blog http://partofmystory.blogspot.com.
I mentioned since I started blogging
again, after a rather lengthy absence, the few posts I’ve done have been
serious and I missed the funny me.  Cuz I
am a funny one.  And when I say funny I
don’t mean funny Ha Ha, but funny in that I do and say stupid things.  Like this episode a while back with my
equally funny sister, Chrystal.

During
my basement dweller days Chrystal and I would occasionally go grocery shopping
together.  (She lived upstairs in the
main part of the house and I, and my two cats, lived in the cute little basement.  Cute, if you could overlook the
spiders.)  We came home from one such
shopping trip to find I was locked out of my apartment.
“No
problem, just go through my house, through the garage and laundry room and use
the connecting door,” Chrystal suggested.
“Ok.”  As I said that I was trying to remember if I
had left that door unlocked or not.  I
usually locked it even though she was the only one with access, because I’m a
fraidy cat.  What if the bad guys come
through her house, rob and kill her, and then decide to check out the basement
dweller!
Sure
enough, it was locked.
“I’ll
get a screw driver and hammer and take it off the hinges,” said one of us.  I think it was me because I remember being
the one to actually UNSUCCESSFULLY take it off the hinges.
“Well
since that didn’t work just use the hammer to break the lock.”  I distinctly remember it being Chrystal who
came up with that idea.
After
about 20 minutes of the two of us taking turns trying to break the stupid lock,
which of course wouldn’t break because it was doing its job, we gave up.
“This
door is not the sturdiest of doors.  What
if we use the hammer to chop a hole right next to the door knob, and then reach
in and unlock the door.”  Again, I credit
Chrystal with suggesting another brilliant plan.
So
chop we did.  And we chopped some
more.  We got a lot of aggression out on
that stinking door!

“Wow,
these doors are sturdier than they appear,” I said after another 10 minutes.

Another
few minutes of chopping and we had a hole big enough to reach through only to
find out that, in our earlier attempt to break it, we had damaged the lock
beyond use.  So locked it stayed.
We
stood there for a few minutes staring at all the wood chips on the floor with nothing
to show for it.  It was then that
Chrystal decided to give it a shot with the hammer and screw driver to take the
door off the hinges.
It
came right off.
What?!?!?  What had I done wrong?  I have taken doors off hinges many times to
move large furniture in or out or to paint or something.  What?!?!?
We
discussed if for a bit and decided it was because we were tired.  And maybe also needed some therapy time to
hit, punch, yell, and destroy an inanimate object.  Poor little door.

Since
we rented the house from our church we thought the most Christian thing to do
would be to hide it and get someone else to come put in a new door before the
elder in charge found out.  Which is what
we did.  Unfortunately the elder in
charge was mowing our backyard when the chopped up door passed by.  He laughed, shook his head and said he didn’t
dare ask what happened.
So
that is how my single sister and I solved the problem of being locked out.  Would a husband have gotten it off the hinges
on the first try?  Or would he have not forgotten
his key in the first place.  Either way I
think our plan worked out just fine.  I
got in didn’t I?
Question:  Ever been locked out?  Have better luck in getting in than we did?

Matthew
6:33 is a Life verse for me:  But seek
first HIS kingdom and HIS righteousness, and all these things will be given to
you as well.

These
words of Jesus are from the Sermon on the Mount.  Leading up to this verse He is talking about
worry.  I’m a worrier.  Maybe that’s why I love this verse so
much.  When I daily seek Him first, He
tells me everything else will fall into place.
So don’t worry.
If
I know that to be true, and I trust Him, then why do I have stomach issues,
break out into rashes and get fever blisters all stemming from worry?  It’s that head knowledge-heart knowledge
stuff again.
Turn your eyes
upon Jesus

Look full in His
wonderful face

And the things
of earth will grow strangely dim

In the light of
His glory and grace

God
speaks to me through the “address” of this verse:
When
I get home from work and wonder what’s on tap for my evening and realize it’s 6:33, I think, “God wants me to spend some time with
Him.”  6:33 Seek HIM.
When
I’ve made a questionable choice and look at the clock and see that it’s 6:33, I
think, “Was that really the best way to handle that situation.”  6:33 Seek HIM
At
random times when I see the cost of something is $6.33 or an address is 633 or
my eye catches 633 in the middle of a set of numbers, I stop and remember His
promise.  6:33 Seek HIM
Turn
your eyes upon Jesus, seek His wonderful face, and He will provide.  And what you thought was best for you will
grow strangely dim because, in the light of His glory and grace, His plans are
always better than what our earthly minds could come think of.

Question:  Do you have things like my 633 where God catches your attention?