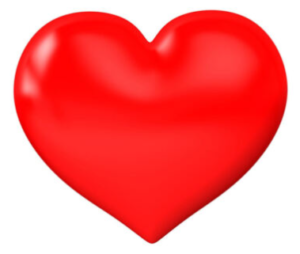 After I finished my book, Single is As Single Does (about my life as a FABULOUS single) I began entertaining the idea of having a husband. It seemed an ironic way to move on after the completion of that project. But I started thinking maaaaaybe I should lose some weight first. Then I thought if he doesn’t like a chubby girl who wants him anyway. And that made me want to binge eat, causing me to put on a few extra pounds. Which made me think no relationship is better than a spoonful of peanut butter before bed. Then I was back to thinking being single is pretty great after all.

However, in my final season of life I’d like a fun partner to hang out with. A built-in husband kind of partner. No offense to my sweet, caring friends kind of partners. You’re fun, too. Just different. I don’t want to hold hands or kiss and cuddle with you.

About a year and a half ago a friend of mine met a nice man on Match.com. Seven months later they got married. Wow! I had been adamant (and I mean A.Da.Mant.) about not going on ANY dating websites. But after experiencing their love story with her I thought maybe I should just let loose and do it. Be an online dater. Nothing wrong with that! What’s there to lose? (My Dignity. My Money. My Life.)

So, Thanksgiving of last year I did it. A friend came over and taught me how to pose just right to hide a bit of my pudginess, took some photos, and Voila, Miss Dana had herself a dating profile. I spent weeks coming up with just the right blurb about myself. Not too serious, but not too witty either (a man told me once that men don’t like women who are funnier than them). I think I achieved the right balance though, so I put myself out there online (on-the-line as my Dear Dawn and I say) and I waited.

A few days into it several men said “Hi” but moved on. I approached a few and we emailed. If I didn’t respond promptly enough some just disappeared. Then there were the “get to know me” blurbs of men that were so appalling I couldn’t believe any woman would respond. Here’s a few that made me cringe.

I did not “heart” any of them. I hope no woman did. I think those men should go back, re-read their bio and think, hmmmm, what can I learn about myself here. (Would you want your mother reading that, Sir?)

The qualities you look for in a partner in younger years may be the same kind, yet for different reasons, that you’re looking for during your older years. When you’re young, you look for someone who’d be a good parent for your future children. And someone who is financially responsible so those future children can go to college. Of course, you’d want those same qualities of good parenting and financial responsibility in an older spouse as well. But instead of changing your baby’s diapers you think about how they may have to change your diapers someday. And that their financial responsibility hopefully did put those kids through college so said children can take care of you in your twilight years.

Many singles have had success with on-the-line (hee hee) dating. When it first began people didn’t really like to admit they’d gone on-the-line, but now it is no big deal. It’s just amazing how many people are on those sites! Some blatantly say they’re not interested in anything serious, but that they just want to have fun. And that’s OK, honesty is a good thing. Others put it right out there that they’re looking for love and marriage. I put it out there. I’m still single. Single and contentedly happy…yet curious.

There’s lots of reasons for a 61-year-old never married woman to stay single. There’s also lots of reasons to take the plunge. I don’t know how my story will end. But it will end, and it will do so happily ever after, married or single. Because after all, God loves me.