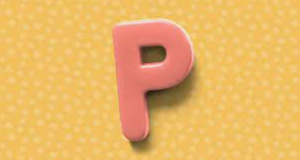 Back in 2013 I wrote a book of children’s alphabet stories using alliteration. I’m not gonna lie, I love alliteration. I love it a little too much though because that book is very hard to read. So much so that I say to someone who is oh so silly enough to read such a senseless script to skip certain sections, so they don’t go insane trying to speak such absurdity. Sad.

I use it in conversation occasionally, which I’m sure can be rather annoying. But if you only knew how many alliterations are left rummaging, ranting, and ringing around my brain, unuttered, you would thank me.

Besides conversation, alliteration has followed me into an area of my life where I struggle (struggled, senselessly, for what seems like centuries…ok, I’ll stop…meaning I might…maybe). Food. There it is. Food. I struggle with FOOD! I love food. And for one last alliteration (I promise…possibly) my favorites are Peanut Butter, Popcorn, Potatoes and Pizza.

First off, PEANUT BUTTER. Mmmm, peanut butter. Creamy or Chunky doesn’t matter. I am an equal opportunist peanut butter eater. When I was a child back in the ‘60’s (white go-go boots and all), my mother would send me off to Lindbergh Elementary School in San Diego with a brown paper bag containing only a peanut butter sandwich, no jelly, plus a nickel and a penny for that cute little pint of milk. My favorite snack these days is apple and peanut butter. For that tasty treat I use chunky style. But for my oatmeal concoction I use creamy. For the apple, creamy can be substituted, but the oatmeal just doesn’t feel right with crunchy. Maybe in a pinch I would eat it that way, but it wouldn’t be the same.

Second, POPCORN. I kid myself thinking I will be strong when entering a movie theater, only to find myself in line with my Regal Rewards Card at the ready after just one whiff of the glorious aroma that is popcorn. My family used to eat it every Sunday evening after church while watching The Wonderful World of Disney. Then we began eating it Wednesday nights after church as well. Eventually the Brown house was filled with the scent of popcorn most nights of the week. I’ll never forget receiving a microwave as a gift from my first nanny family. I was in heaven knowing I could have microwave popcorn anytime I wanted. Pure bliss.

Number three, POTATOES. The wonder food. You can fix the cute little gems so many ways. My current favorite is a loaded baked potato. It used to be mashed potatoes (I still judge a restaurant by its mashed potatoes). And don’t get me started on tater tots. Oh, my goodness. Crunchy on the outside, creamy, yummy potato on the inside. Then there’s all the variety of French fries. Steak fries, curly fries, waffle fries, greasy McDonald’s fries. Scalloped potatoes were a childhood favorite. Mother would fix those with ham. I’m quick to order Potato skins for a tasty appetizer. Potatoes are so food lover friendly that you don’t even have to be a good cook (which I am not) to make them delicious. Anything is good with enough butter and sour cream (don’t cha know). Here’s a little tip for you, Mexican food leftovers are perfect on a baked potato. I’m also a fan of pulled pork on a baked potato. Really anything on a baked potato makes me happy. I love potatoes so much. The Mr. Potato Head game, not so much. Not sure why. Maybe because I couldn’t eat him.

And last, but not least, PIZZA. Pizza is new to my “P” favorite foods list. In recent years I can’t seem to get enough. Pizza brought the country together. It was the first food where families welcomed strangers to their house. If some slinky looking sap in a tiny sedan with a pizza light on top or a metallic pizza slice sign slapped on the side of their car (there goes my alliteration gene again), they were welcomed in with open arms. I love it when people bring me food. Once pizza is ordered I wait in anticipation for the doorbell. When it rings, oh joy of joys. It’s pizza time! BBQ chicken pizza, scrumptious. Hawaiian pizza, delightful. Pepperoni pizza, heartburn inducing, but so worth it.

Can you tell I have an unhealthy relationship with food?

After I wrote Single is as Single Does about my single life, I started writing Skinny is as Skinny Does. I’m still in the taste testing stage of that project. We’ll see how it goes. The last book took me 15 years to write. I still wound up single after writing it. I hope I’m not still chubby after finishing my eating book. We shall see  Now I’m off to have some peanut butter in my most favorite, coma inducing way. On a spoon. I’m not hard to please.

*I can’t take comments here, but feel free to leave them on the Facebook post. Lemme know what your favorite yumminess is. Thanks for reading!