Last Saturday night I had a Haley Joel Osment moment: I got to Pay it Forward.

A good friend called and said she needed to go to the Emergency Room and that I, of all her friends, would understand the late night call and take her. She was right. After making two similar phone calls in recent months I was more than happy to oblige.

I was also able to share some of the newfound ER etiquette I learned from my experiences:

1. Throw up in front of as many of the staff as you can. That way they know you are serious. Plus they don’t want you throwing up in front of any other patients in the waiting room. It may start a puking frenzy as seeing someone else throw up tends to make you wanna hurl as well.

2. Sleeping on the hospital floor is not a good idea. Besides the fact that it is covered in who knows what kind of germs, the staff may think you are drunk and just need to sleep it off, leaving you untended to for hours.

3. To ward off “the shakes” take several deep breaths. But make sure they bring you the heated blankets before doing so. You don’t want to miss out on that little piece of heaven.

4. Even though your nausea may be subsiding, do not say no to more anti-nausea meds. All it takes is one standing up moment to send you to Pukesville again.

5. Remember that your gown is open in the back and that you are not wearing any underwear. Enough said.

6. Never feel bad for calling a friend late at night to take you to the Emergency Room. You may be robbing them of the chance to help someone in need, which is always a good thing.  That is what God had in mind…a friend loves at all times…11 a.m. or 11 p.m.

Question: Have you ever made one of those phone calls? Or been the recipient? 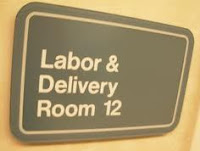 This past August 8, a Monday evening, at approximately 7 pm, aliens invaded my body, lit a campfire and shot each other with darts causing me the worst pain and nausea I have ever experienced.  Having grown up with a sensitive stomach I’ve spent many an hour vomiting after consuming rich or high fat foods.  Since I am not Jerry from Seinfeld or Ted from How I Met Your Mother I have no proud record of how long it has been since the last time I vomited.  It has happened all too often during my lifetime.

But as I was puking up my toes for the 3rd time that evening, I said to myself, “Something is worse this time, but how handy it is that my sister lives just upstairs.  I shall give her a call and have her drive me to the emergency room.”
So I called.  And called.  And called again.  Her car was in the driveway so I assumed she was home.  I went to her front door and rang the bell.  And rang.  And rang again.  And cried.  And through up some more.
Then I remembered she was attending the Bible Study next door.  So I went, shaking and sweating with puke bowl in hand, and knocked and opened the door.  “I need Chrystal,” I sobbed.  “She’s not here tonight.  What’s wro…?”  But before their final words were spoken I was headed back to her front door for one last try.  Ring, ring, ring.  Still nothing.
Sheryl a nurse friend of mine lives nearby and I gave her a call.  She arrived in no time and I was on my way to the hospital.  Yea Sheryl.
They took me right in and gave me some morphine.  Hmm…Strange sensation intravenous drugs.  You can actually feel it ooze through your body with an, “I can see why people do this recreationally,” thought or two as it does.  Alas, this first dose helped only slightly, but enough for me to lie still.  I had to wait before they could give me more.  After a couple of hours, I suggested Sheryl call another friend, Linda, to tag team with her.  Linda didn’t have to work the next day and I wanted Sheryl to get some rest.  Linda arrived and Sheryl went home.  But not before reminding the nursing staff I needed my fluids bag replaced and that it was time for my next round of morphine.  It’s great to have a nurse for a friend.
Being in a pain meds haze I can’t remember exactly when Chrystal texted but I do remember the content.  It went something like this:  “Hey, what ya doin’.  I’m in the backyard on the trampoline.  It’s a beautiful night.  Come out and enjoy it with me.”  I handed the phone to Sheryl, or was it Linda at that point, don’t know.  Whoever it was called her and told her where I was.
Turns out Chrystal had been upstairs in her bedroom the entire time, with the air conditioner on causing her not to hear the phone or doorbell.
I will have to share the ins and outs of the reasons why they didn’t take my gallbladder out that night and why I had to wait two months for the surgery in Thursday’s post.  But fast forward from August 8 to October 14…
Around midnight the Friday night before my scheduled surgery on the following Tuesday, the aliens were back and I wound up on the bathroom floor again.  This time it was much worse and I felt pain in the same place as well as just to the left and in my back.  So, once again, I called my sister upstairs; no answer.  She was obviously sleeping with her phone off.  I had texted her a few hours earlier telling her I wasn’t feeling well and received no answer then as well.  So, wasting no time, I called my friend Dawn, waking her up, and cried, “Make them TAKE IT OUT!!!”  She couldn’t quite tell what I was saying because I was crying so badly, but she assumed what was happening and made it to my house.
Waiting for Dawn to arrive, I christened my sister’s front yard.
I shall share the details of my health issues and hospital stay in Thursdays post as well. Fast forward to my first day back at work two weeks later…
“And thank you, Lord,” prayed my principal Mr. Whittlesey, “that Dana is blessed to have her sister living just upstairs to help her out in times like these.”  Seriously?  Of course, after the Amen I had to share the real story.
Chrystal really is a great sister and feels guilty she didn’t know I needed help, but that doesn’t make it any less fun to tease her about this.
Question:  Are you a “Jerry” or “Ted” and have a non-vomit record going?  Or are you more like me?

Sorry I haven’t posted anything for a bit.  And between having no internet at home and not being able to go to work because of a silly internal organ that is misbehaving, I won’t post again until early November.

I look forward to having my life back to normal.  Normal??

With Love From Your SingleMinded Friend,
Dana